While Almost Famous’ plot centers around the film’s men — an early-‘70s rock band led by Russell Hammond (Billy Crudup), as well as William (Patrick Fugit), a 15-year-old boy who is on tour with the band for a Rolling Stone assignment — it’s Penny Lane (Kate Hudson) who made the most lasting impression, lighting up every scene in which she appears. Vehemently rejecting the label “groupie,” Penny is a young woman following the band around (she calls herself a “Band-Aid”), and is paired off with Russell, though fully her own person with a fully developed fashion sense, with many of her looks frequently referenced over the last 20 years.

Costume designer Betsy Heimann says she was inspired by “many things” when outfitting Penny Lane — including women of the time, like Elaine Taylor, Pattie Boyd, and Janis Joplin (the sartorial inspiration for the fur hat Hudson wears in the film); photographs by Baron Wolman; and, more generally, the fashion of the late-‘60s — but, she was most influenced by Almost Famous’ writer-director Cameron Crowe’s descriptions in the script. “How the character was written on the page was very inspiring. She jumped from the page at me,” Heimann says. “From there, she was sort of creatively born in my mind.”

We first see Penny Lane outside the back entrance of a music venue. Though surrounded by the other girls, she instantly stands out on her own. “She is the leader of the pack. She’s a little bit down-home girl and a little bit of a rock chick,” Heimann says. “Her [regular] style was more casual, the jean-and-beautiful-blouse girl, and then with the very spectacular coat that was her persona, her shield, her cocoon that she could emerge from as a butterfly.” Indeed the olive green coat, with its furry collar and cuffs and a pleated back, is the film’s biggest fashion legacy.

“I was inspired by some drawings of Erté from the 1920s because they showed beautiful women hiding inside these voluminous coats,” Heimann says. “I also like to base my things in reality, and then take it from there. And, in reality, during that time, the embroidered coats from Afghanistan were very popular, and they had these long-haired sheepskin collars.” While working on the collar, she got inspired in an unlikely place. “I was in Urban Outfitters one day, and I was in the housewares department, and they had these rugs that were thick like the fur that I wanted for the collar. So I bought about five of those rugs, and [the costume department team] cut them up in all different sizes and shapes and dyed them in different colors of cream and white to see what would work best with the lighting,” she says. “[Penny Lane] was lit from within, her spirit and the emotional vulnerability that she hides, and her love of the music and what it does to her whole persona and her face when she hears the music. I wanted that coat collar to help illuminate her face.”

Heimann then looked for green fabric to match the rest of the film’s palette, primarily made up of brick red, denim blue, and lots of browns. “I was wandering around the upholstery store, and I found some cut velvet upholstery fabric, and I said, ‘There it is!’” she remembers. “For me, it’s always the little things. Things aren’t always born to me whole and complete until a little pop here and a little pop there, and then you mold it like clay.”

Other times Heimann worked backward, starting with finding vintage fabric — which she sourced from all over the West Coast for the film — and basing the design on it. “Sometimes you find little pieces of fabric, and you’re like, ‘I got to do this! I got to use it. And if I tie it around her and stretch, I think it will work. Let’s try it!’” According to Heimann, this became the case with the crochet-like midriff top (shown in top photo) Penny Lane wears to the hotel room the first time she brings William to hang out with the band. “That piece of lace is only maybe 25 inches long. But I was determined to use that piece of vintage fabric,” she says, and laughs. “I swear to god, every time we were shooting that scene, she would put her arms up… I thought it was going to ride up and show her breasts. It never happened, but I was a wreck that whole day.”

The fabric also inspired the ‘60s shift dress that Penny Lane wears in New York, a look that Heimann designed after seeing a picture of Pattie Boyd. “I just wanted Russell to be able to see her in a crowd,” she says. “It was made from vintage embroidered China silk that I found in my travels… It was just a little bit of what was left of a vintage kimono, and I just took it into my head cutter, Leslie [Miller], and I said, ‘I really want this dress.’ And, again, I think that dress was really short [laughs] because we didn’t have enough fabric.” But, in this case, that worked in Heimann’s favor since it meant Penny’s custom embroidered boots were shown off to great advantage. “I knew from the script that she was going to fall back on the sofa and her legs would be all you could see as they came up. So I said, ‘Alright, then it’s going to be something about the boots,’” she says. “The dress was short, so it was crying for some high boots.”

But while Penny Lane wears statement looks (all paired with a toolbox for a purse) when she’s going to concerts and partying with the band, she opts for classic denim and feminine blouses during the day. For the film, Heimann wanted authentic jeans for the era. “That was the big search of the movie because I wanted to use all original jeans on everybody. We went up to Seattle to Buffalo Exchange’s main headquarters with masks on our faces. We had our hair tied back and masks on our faces, digging through barrels looking for original 501s,” Heimann says. “I scoured everywhere, every resource I had. I had original jeans coming from everywhere.”

As for the blouses, Heimann wanted them to portray the character’s vulnerability. “She’s very fragile,” she says. “Penny has moments where she’s one of the guys, and then she has the other moment where she’s, like, “Russell, I am a girl, and I love you, love me back!” In one of the last scenes with the band, she is wearing a white blouse with ruffles as she learns that Russell traded her to another band in a poker game. “He sold you to Humble Pie for 50 bucks and a case of beer!” William tells her. Her face drops and tears fill up her eyes before she asks “What kind of beer” and cracks a wide smile, putting a brave face back on. “Penny Lane is laughing on the outside and crying on the inside,” Heimann says. “In the scene, she had on the sheerest blouse that I had. I made that blouse specifically for that scene, so she had those ruffles on the front that kind of covered her but actually you could see right through.”

According to Heimann, Penny Lane is representative of the time in rock and roll before the big deals and high-paying music tours came in and took the genre mainstream, making it less about the music and more about the money that it could make. “It was very important to see the end of this era, as shown by Penny Lane, this vulnerable, sweet, beautiful, young girl having the time of her life but who has fallen in love with somebody who it’s not going to work out with,” she says. “It’s got to be real.”

Which is maybe why, 20 years later, the rockstars of the film have faded from our memories, but Penny Lane lives on.

Like what you see? How about some more R29 goodness, right here?

The Potent Allure Of A Green Dress

20 Years Later, Bring It On Costumes Hold Up

Sun Sep 13 , 2020
As coronavirus measures continue to be enforced throughout the U.S., people are changing their wardrobes to suit the new stay-at-home lifestyle. Comfort and function have become key, leading most to curate a new rotation of T-shirts, sweats and slippers while their office attire gathers dust. Most fashion brands have been […] 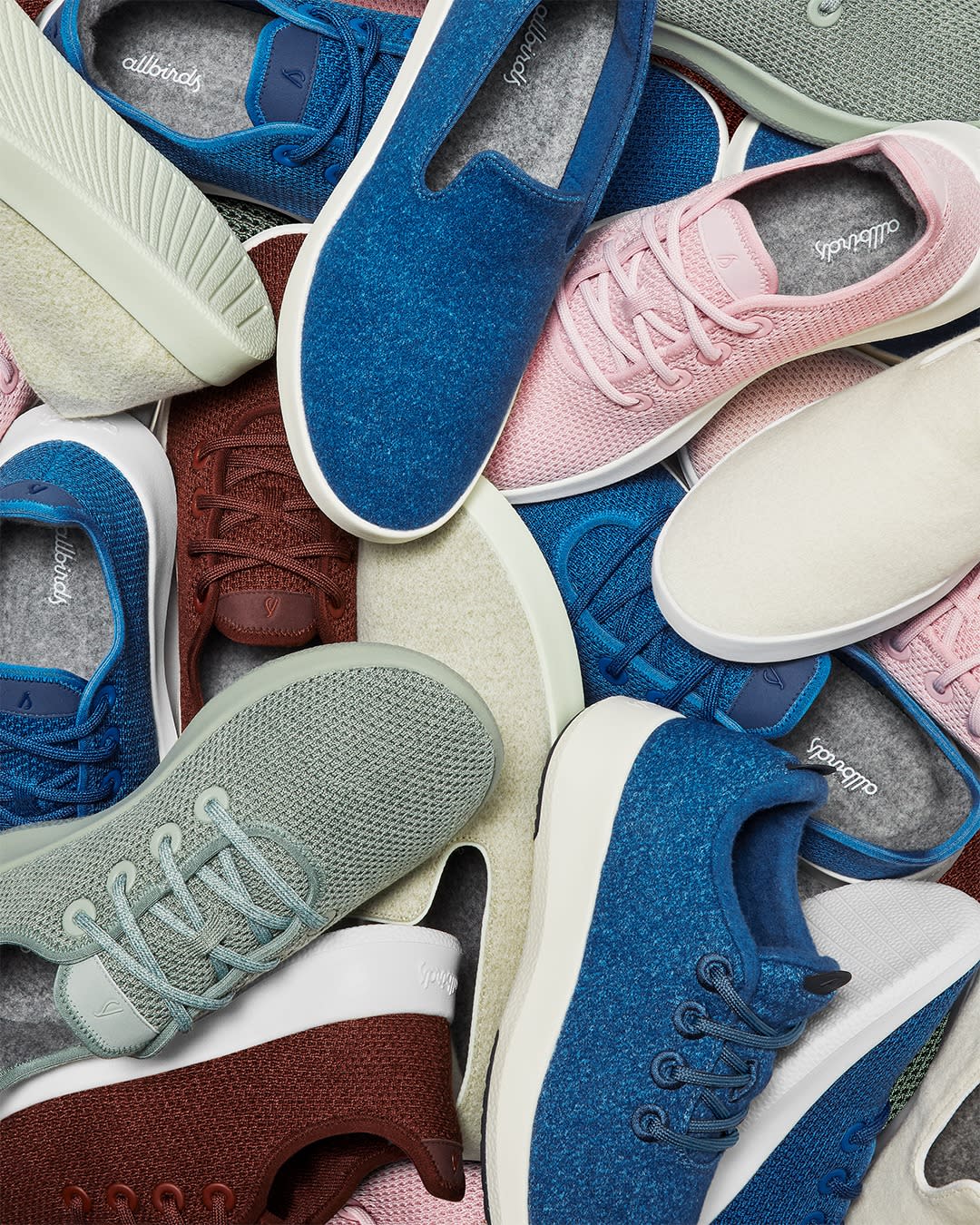