In a year that’s so far seen Black trans women become more visible than ever, that visibility has largely been filtered through the lens of trauma and struggle — vital for awareness-raising, but not necessarily giving a full picture of Black transgender life, with all of its powerful joy. Enter Teen Vogue, which has opted for the latter in its September issue, featuring a split cover with activist-models Jari Jones and Munroe Bergdorf, and accompanying stories focusing on their personal journeys, career paths and eye-popping style.

“During a year of rebellion + revolution, this September we wanted to center the women at the heart of fashion but often left out of the conversation,” the publication tweeted on Wednesday, calling Bergdorf and Jones “two Black trans women who are trailblazers, redefining the industry.”

Jones, a longtime model, actor and photographer, burst into public view in June as the face of Calvin Klein’s 2020 Pride campaign, which landed her on a prominent billboard in downtown Manhattan; Bergdorf is largely known as being the first transgender model to appear in a U.K. campaign for a top cosmetic brand — L’Oréal — and for then getting fired after she posted a controversial Facebook message (now deleted) about racism and white privilege.

“Our country is very different to, say, America when it comes to racism,” Bergdorf told Teen Vogue. “It’s frustrating, because I feel like we’re just not used to having these conversations.” After losing her position with L’Oréal, the article explains, she had short stints as an LGBT adviser for the Labour party and then a campaigner for a British children’s charity, both of which ousted her after conservative attacks. Now she’s back with L’Oréal, thanks to a new president who appears to want to make real change.

“I’m now in direct contact with the brand president and will be part of the U.K. Diversity and Inclusion Advisory Board,” Bergdorf explained, “helping them to be as inclusive as possible with their imagery, with their products, to look at their campaigns ahead of time and be involved in the process of reducing oversights. It’s a responsibility and a role I’m taking very seriously. So many decisions get made, and then by the time that it’s due to go out, it’s too late.”

About landing the Teen Vogue cover, Bergdorf wrote in an Instagram post, “I really don’t have the words to describe how this feels. As a Black, queer, transgender woman, I never ever thought that I could be on the cover of Vogue. But here we are! Dreams do come true … This is a moment I won’t ever forget.”

Jones, who also appears in British Vogue’s September issue, posted about her cover spot, writing, “If I could show you my whole heart personified, it would look like this cover. We have all had dreams about gracing a Vogue cover but how often we had to skew our image to even imagine it.” She went on to thank the magazine and editor-in-chief Lindsay Peoples Wagner “for giving me the platform to exist in my real self, to give in my genuine skin, to inspire in my authentic body.”

Reactions from fans and fellow activists have been celebratory, with folks on social media calling the covers “iconic,” “beyond powerful” and “so beautiful.”

As an advocate for equality I salute @TeenVogue for featuring these two beauties in their September ed. Accessibility to whatever makes you feel beautiful on the outside should not be limited by gender or society’s opinion of what you should look like. You should look like you. https://t.co/oi97Npy0c2

This is so important and so beyond powerful when we need it the most! Thank you for using your platform @TeenVogue!! Wow! 🤎🤎🤎

As for what Jones hopes people think when they see her, she told Teen Vogue: “I want [them] to see a Black trans girl be a part of art, whether that’s in fashion or TV and film, and know that they were destined to do it, not that it was by chance, or not that it was by some luck. I want them to feel that comfortability in knowing that they deserve that, that it is something they worked hard for, and then they got it … I’d rather people see the human, the heart, and the work it takes to be put in positions or in moments like that, instead of it just being a chance moment or a moment of luck. I think that’s bulls**t.”

Want lifestyle and wellness news delivered to your inbox? Sign up here for Yahoo Life’s newsletter.

Inside The Vulnerable Rock And Roll Style Of Penny Lane

Fri Sep 11 , 2020
While Almost Famous’ plot centers around the film’s men — an early-‘70s rock band led by Russell Hammond (Billy Crudup), as well as William (Patrick Fugit), a 15-year-old boy who is on tour with the band for a Rolling Stone assignment — it’s Penny Lane (Kate Hudson) who made the […] 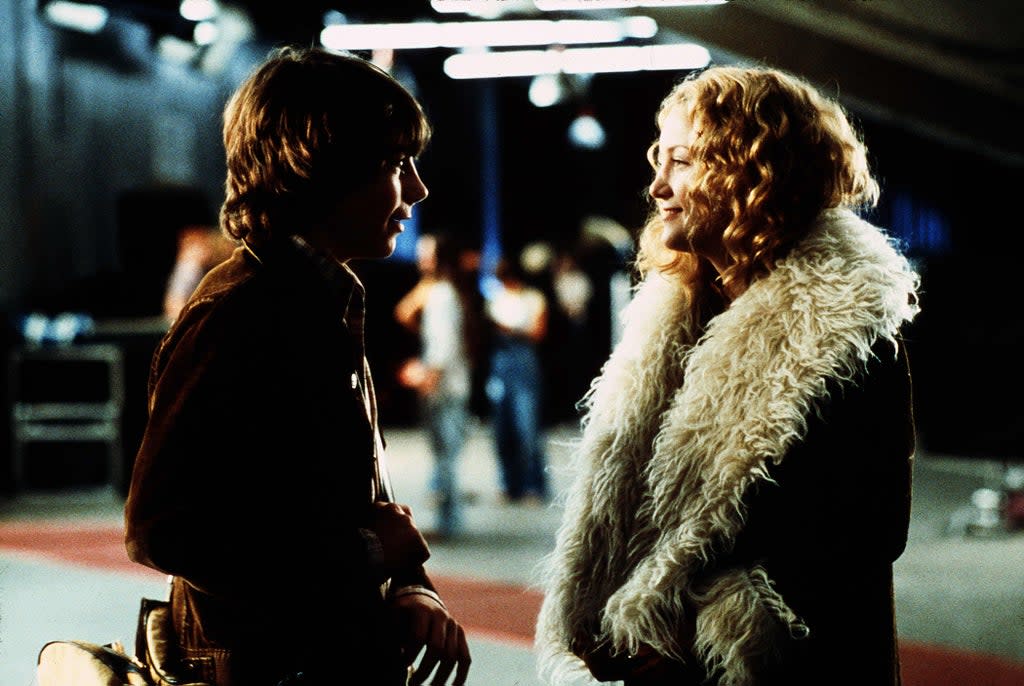